The Station that Specializes in Fire Hose

Next to the firefighters themselves, fire hose is probably the most important thing on an engine. And that means this is a busy time for Station 20 in the Sports Arena area. In addition to their regular calls, the engine and truck crews at Station 20 are now doing the annual hose testing.  Over the next four months, every hose on every engine, every truck, and every brush engine will be tested at Station 20. 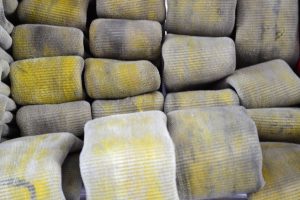 In case you’re wondering, that’s a lot of hose.

Each fire engine carries approximately 2100 feet of hose in several different sizes. Testing it involves making sure it can hold up to the water pressure that will be used in firefighting. Firefighters take good care of the hose on their rig. If the test detects a weak spot, the hose has to be replaced or repaired.

So, when they are not testing hose, Station 20 is also the place to get fire hose repaired. It might get punctured or burned in the course of a fire and has to be fixed. If there’s a hole in your garden hose, you probably cut it off and put on a new coupling. They will sort of do the same thing with a fire hose if the damage is close to the coupling. But if it can’t be patched, and cutting it off would leave the hose too short, it has to be replaced. After all, fire crews have to depend on having the right length of hose when they get to a fire.

The May Specialty Station of the Month is sponsored by Farmers Insurance Agent Kevin Cox.