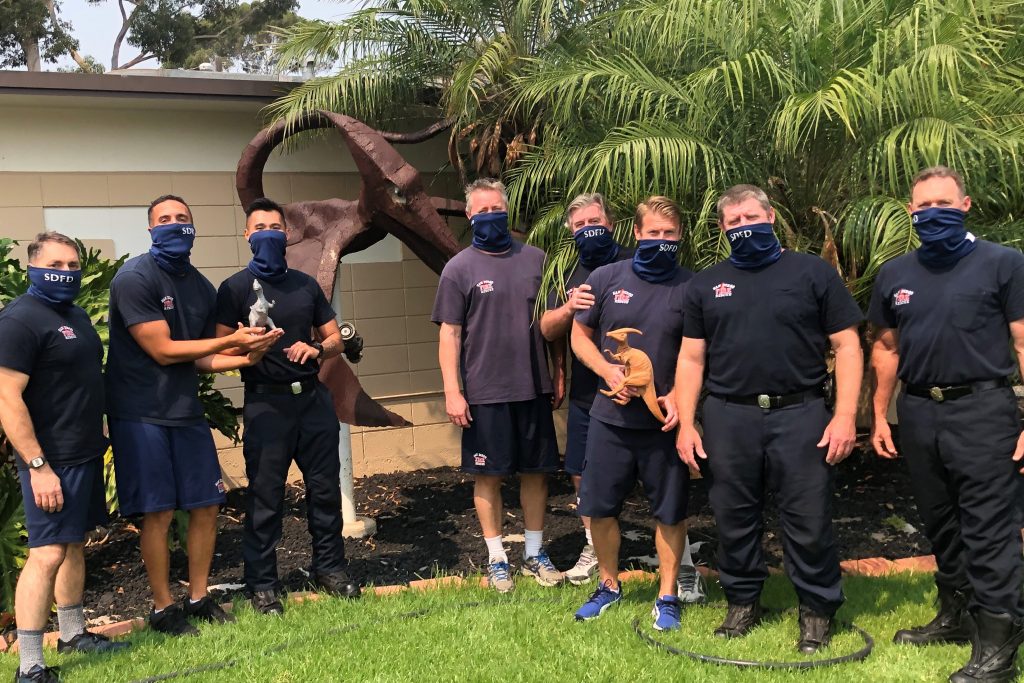 Geographically, Fire Station 28’s Kearny Mesa location puts it close to the center of San Diego. Much of the district is commercial and industrial and includes busy Montgomery Field. Most of the residential area is apartments and condos. The fire crews who work here, like that about the area.

“I like the variety,” Captain Marcus Alfaro says. “We have residential and commercial, we get some vegetation fires, there’s the airport and the freeways.”

We sat down with Alfaro and Captain Bill Anders, the C Division captains. They have each been captains at Station 28 for 4 years, the longest of any of the current captains there.

There are two fire companies at Station 28, making it a “double house,” with both an engine and a ladder truck. Last year, Engine 28 ran 3,350 calls, almost ten a day. Truck 28 responded to 1,200. “The district has a heartbeat,” Anders says.

The station also has three more apparatus. There is a water tender that carries 3,000 gallons of water and is primarily used to supply water to brush rigs and engines at grass fires. There’s also a foam tender. Initially, the foam tender was put at Station 28 to provide protection for the tanker farm in Mission Valley. But it is also used for industrial and commercial fires. The fifth apparatus is a “crash rig” for emergency calls at Montgomery Field. All the crews at Station 28 are cross-trained to operate any of the apparatus, any time they are needed.

And there is more. The crews at Station 28 are also responsible for pump testing. Fire engines all have pumps that regulate the flow of water through the hoses. Every engine has to be tested annually to be sure it meets national standards. The certification includes the reserve fleet. It works out to about 40 engines per year for each division, plus, engines have to be tested again any time any repair is made to the pump.

Station 28 was built in 1958. At the time, it cost $68,100. It’s not the prettiest station; the engine barely clears the apparatus door, the bay for the truck is actually part of the Logistics Center next door.

Years ago, Station 28 got a reputation as the place to go as you neared retirement. It was busy enough, without being too busy. Because of that, someone dubbed it the “Dinosaur Den,” and the name has stuck. It’s on their t-shirts, and they got permission to put an iron dinosaur out in front of the station. The reputation lives on, even though it’s not true of the crews there any longer. In fact, several firefighters have gone to Station 28 just after finishing probation.

As for Anders and Alfaro, they started in the academy together and worked together again when they arrived at Station 28. It is where they expect to finish their careers. “As long as he stays,” Alfaro said, “I’ll stay.” Anders laughed. “Make sure you put that in there.”

This month’s Station of the Month was sponsored by Maral Poochigian Agency. 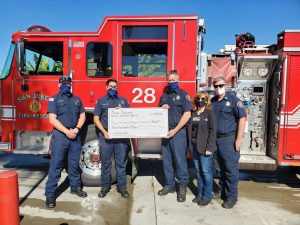